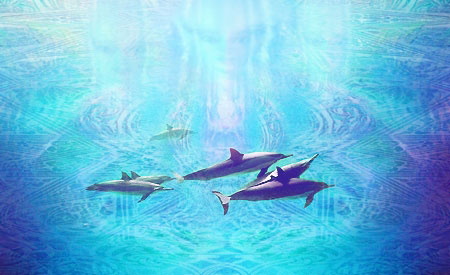 The Dolphins and the Power of their Sounds
Joan Ocean, MS

For many years the dolphins have been teaching me about the power of their sounds in the ocean.

My college degrees are in Psychology and Science. I am a Scientist who is fascinated by the transformative effects the dolphins have on swimmers. Now, as I work with Elaine Thompson we are able to document the effects of these dolphin sounds on people. It becomes clear that the dolphins are helping people to become whole. It is a natural trait of the dolphins to do this automatically with everyone they meet in the ocean. This is one reason why they ask people to enter their water environment (where frequencies travel six times faster than in the air) and swim with them. They care about us. The dolphins truly care about humanity.

I look forward to sharing their wisdom with you as we sit and talk in circle together….. becoming a pod of people in the way of the Dolphin Pods.

*The Medulla Oblongata: the widening continuation of the spinal cord, forming the lowest part of the brain and containing nerve centers that control breathing, circulation, etc. 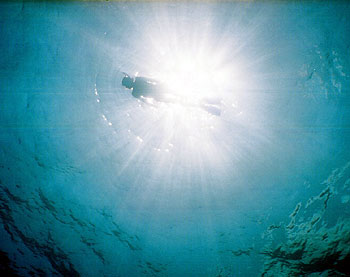